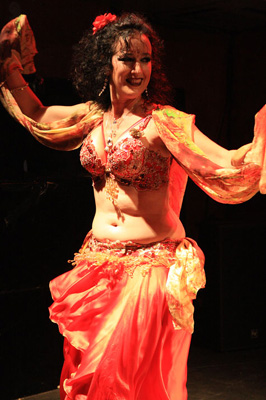 Bellydance superstar Tamalyn Dallal is one of those women that is exploring new horizons in dance, continuous learning new forms of dance.

In november - december 2009 she went to China to give a monthlong workshops. Following a Middle Eastern saying that if you spend 40 days in a place, you will become part of its people. So Tamalyn Dallal travelled 40 days in five Chinese regions to learn their special dances.

Tamalyn Dallal likes to integrate different kinds of tribal dances in her shows. Few non-Chinese dancers did what she did: learning the ethnic dances of The Xinjiang Uygur Autonomous Region. The Uygurs are a muslim population in the northwestern part of China with many customs related to the Central Asian muslim culture, including music and dance.

Tamalyn fell in love with belly dance as a child, listening to the beautiful Middle Eastern music she collected. In 1976 Tamamyn Dallal started her dancing career at the age of 17. At that time oriental dance was not so popular as it is now and she began like many other oriental dancers performing at weddings and in restaurants and hotels. Later on - in 1990 - she founded the "Mid Eastern Dance Exchange" in Miami Beach, Florida.

Together with Delilah Flynn, Dallal wrote the book "Belly Dancing for Fitness: The Ultimate Dance Workout that Unleashes Your Creative Spirit." and she is also a choreographer and producer of theatrical performances including the Orientalia Festival of Ethnic Dance in Miami Beach .

Tamalyn Dallal has taught and performed in 38 countries among them she visited Egypt, Indonesia, Jordan, and the island of Zanzibar in Tanzania, East Africa and China. She choose Indonesia for the mixture of its culture, Egypt's Sia Oasis because "it is a must-go for belly dancers," she says and Zanzibar for "the uniquely beautiful music," and for dancing, in particular all kinds of expressive movements of the arms and upper body. China was on her list specially for the Xinjiang-style dance.
Tamalyn Dallal tries to learn ethnic dances, songs and customs of each region she's visiting. Later on she integrates the different kinds of ethnic dances in her performances.

Some interesting video's and books of Tamalyn Dallal 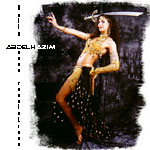